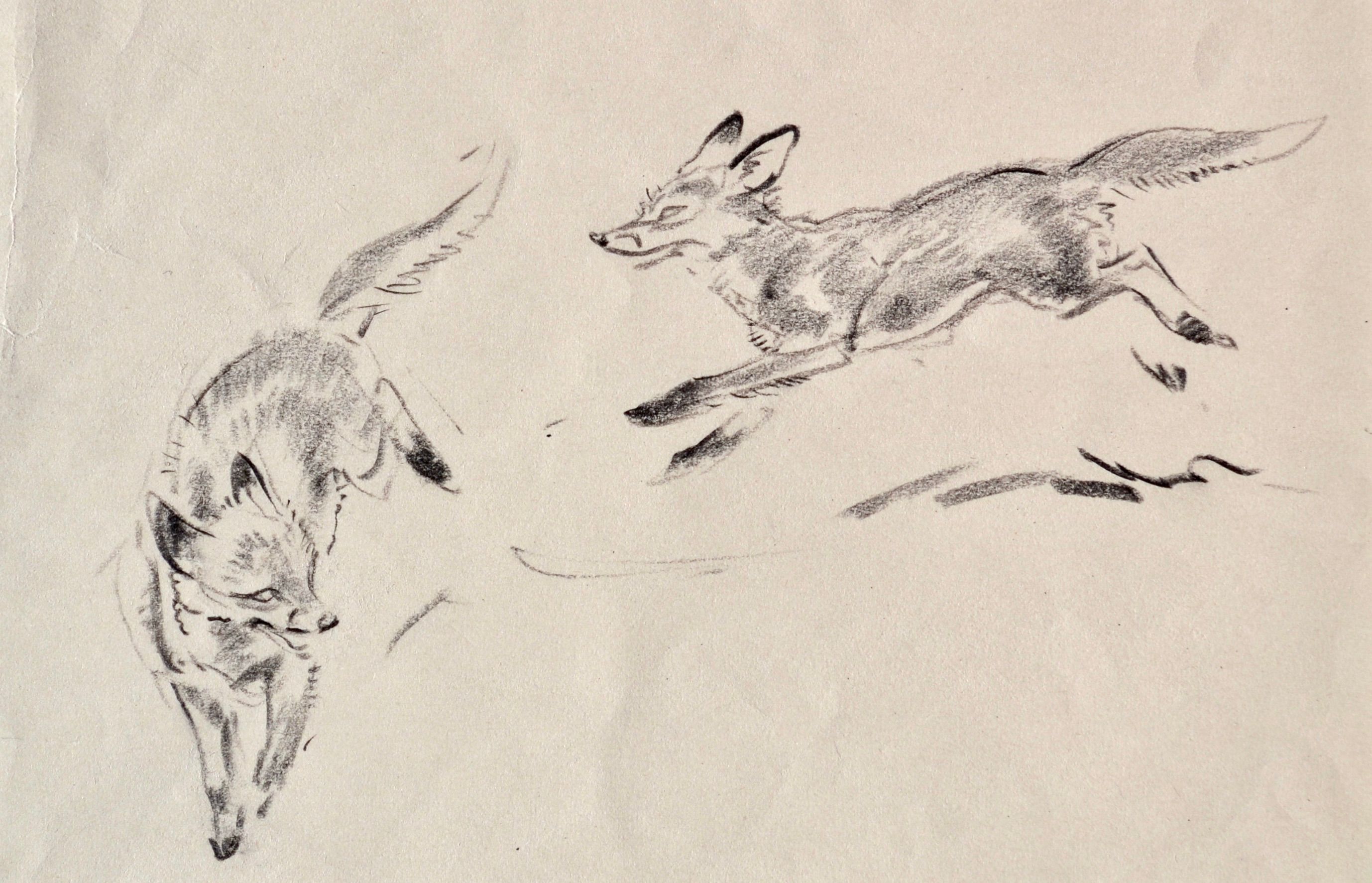 An online exhibition of original drawings by Eileen Soper (1905-1990). All come from a private UK collection. Soper was one of Britain's best loved twentieth century children's book and wildlife illustrators and this group of pencil sketches are of the British native animals she studied in her own garden. All but three are unframed but presented in conservation mounts. UK postage is included in the price.

Eileen Alice Soper was born in Enfield, Middlesex in 1905. In 1908 the family moved to Harmer Green, Welwyn in the Hertfordshire countryside and she was the live in that same house of the rest of her life. She attended Hitchen Girls School and was artistically trained by her father, the noted illustrator and etcher, George Soper. The house, which she later named “Wildings” was built by her father, and Eileen and her older sister Eva, also an artist, inherited the house after his death in 1942 and turned the extensive garden into a sanctuary for the wildlife she studied and adored. The two sisters continued to live in the house until their deaths in 1990.

Eileen showed early promise as an artist as at the age of only 15 two of her etchings were shown in the Royal Academy in London, after which she showed three prints at an exhibition organised by the International Society of Printmakers in California. She continued to produce around 180 etching mostly of children at play into the early 1930s. Queen Mary bought two of her etching and her work was extremely popular and exhibited in the UK and USA.

She is probably best known for her work as an illustrator. Perhaps her most famous illustrations were her collaboration with Enid Blyton for whom she was to illustrate 35 books, most notably for all the Famous Five books. She illustrated and wrote her own books, her first Happy Rabbit was accepted by Macmillan in 1945 and was followed by many more including a book of poetry and from the 1950s she also wrote and illustrated many wildlife books including: Wild Encounters (1957) and No Badgers in My Wood (with Phil Drabble, 1979). Duff Hart-Davis wrote The Secret Garden of Eileen Soper in 1991.