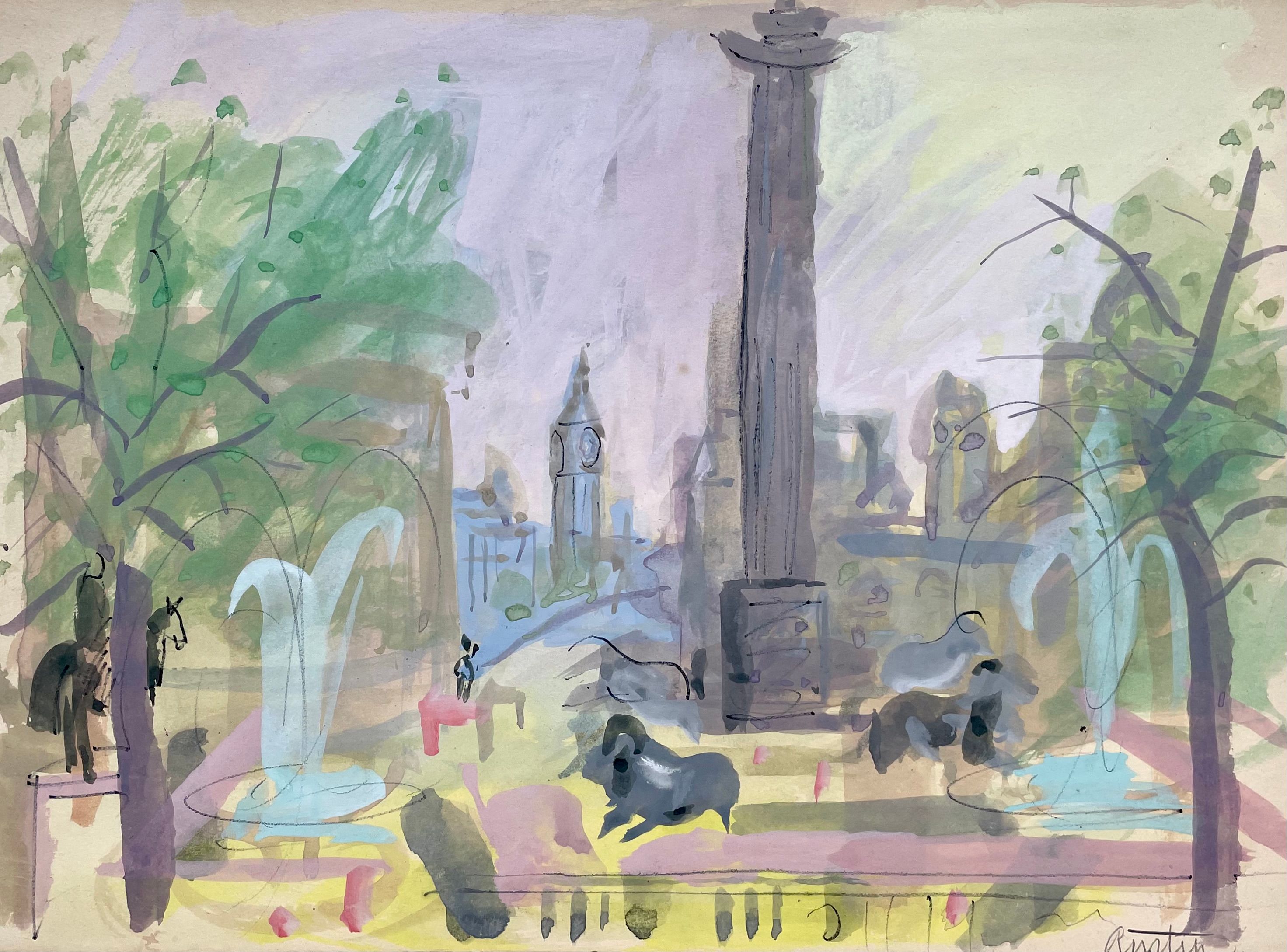 An online exhibition of twentieth century landscape and figurative watercolours and drawings by Austin Taylor.

Viewing is by appointment in London or Oxfordshire.

The majority of these works are unframed but presented in conservation mounts.

The prices are inclusive of UK postage/delivery.

Austin Taylor was born in Bolton, Lancashire. The family emigrated to Winnipeg in Canada in 1912, and in 1917 his father, who had joined the Canadian Army, was killed in France. At the age of fourteen Austin was obliged to leave school and work to support his family. During this time he took evening classes at the Winnipeg School of Art where he was taught by “Group of Seven” artist Lemoine Fitzgerald. He was able to use his drawing skills working as an illustrator for Bridgens, the outfitters, making drawings for their mail-order catalogues. In 1943 he was called up but never served outside Canada. Following the war he studied in the USA, joining the Art Students’ League in New York. He emigrated to England in 1948 and set himself up as an artist. He married Winifred, who supported him on her teacher’s salary and also posed as his model in the evenings. He exhibited at the Leicester Galleries, Redfern Gallery and St George’s Gallery. In 1980 he entered for the Greater London Council’s Spirit of London art competition, winning second prize for a painting of the London Underground. The following year he entered the competition again and won first prize. A posthumous retrospective exhibition of his work was held at Duncan Campbell Fine Art, London. Works by him are in the collections of the Canadian War Museum, London Transport Museum and Hunterian Art Gallery, Glasgow.